Heckler Films was started in 2013 when long term friends Charlie Nadler and Sean George wrote and produced the 1st person perspective web-series, Doommates. Since then Heckler has gone on to produce several more web-series and award winning short films.

Originally from Martha’s Vineyard. Sean George studied Theater and Film at the University of Massachusetts at Amherst where he won the Michael S Roif Award for his short film, Ebb & Flo. After several years in the Boston comedy and music scene, Sean moved to Los Angeles in 2012. He continued to develop as a comedy writer and performer, studying at The Groundlings, UCB, and Second City. He also has a diverse background, including puppeteering and practical special effects

For more info, go to www.seangeorge.org

A graduate from UCLA with a B.A. in English, Michael stuck around Los Angeles, making shorts with sketch comedy troupe Average Looking Women. He has trained at the Upright Citizens Brigade and graduated from Second City Conservatory. 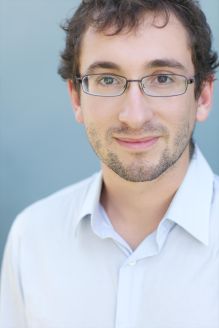 Born and raised in Oak Bluffs, Massachusetts, Charlie owes his existence to a television show; his parents met while writing together on Laverne & Shirley. After graduating from Boston University, Charlie spent several years in Los Angeles working in the film and television industry, most notably for Rob Reiner. He now resides in New York City where he performs stand up regularly and has released two half hour albums.